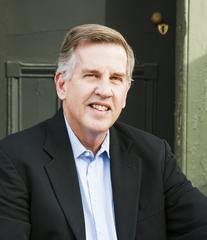 PROM NIGHT - WORSE THAN AN EVENING IN BAGHDAD?

Brittany took a deep breath, and sat pondering my question for a moment. “No,” she finally answered, “that girl on prom night was not really me. I don’t do that stuff. I only drank one time before in my whole life, and that was, like, one can of beer…not even. It’s hard to explain. It just seemed like drinking a whole lot was what we were supposed to do since it was prom night, you know? Like we’d miss something if we didn’t get real drunk, you know, like, retarded?” I wondered if she had heard her last word. A passenger in the car that she was driving to her prom had suffered extensive brain damage when she crashed. Brittany had been driving drunk.

Prom night. Those two words create two very different responses in kids and cops. Where high school students hear romance, excitement, and passage to adulthood, adults who work with teens hear pregnancy, driving under the influence, and roads to ruin. If our culture had tried to create an event designed to endanger adolescents, this one would have been tough to top since prom nights promote about every lethal risk factor known to teens. An over-statement? Perhaps, but before you decide, first know these frightening facts about teens, booze, and cars (Sources-National Institutes of Health,  and Road Ready Teens.

New teen drivers have twice the rate of car accidents of older drivers. Crash risks (even for sober teens) increase exponentially with numbers of passengers. One passenger equals a 50% increased likelihood of crashing. Two passengers brings a 200% jump. Three or more runs that risk up by 300-to-500 percent! Fifty-percent of fatal teen-driver accidents occur after dark, even though only 20% of teen driving occurs at night. Most teen sexual assault and pregnancy occurs in conjunction with drug and alcohol use.

Now add in these staggering prom night numbers turned out in a May, 2005, survey of 11th and 12th graders conducted by MADD (Mothers Against Drunk Driving) and the Chrysler Corporation. When asked about their upcoming prom night, the kids reported that:

If those numbers sound like Iraqi roadside bombs waiting to go off around young people, you’re getting the idea. So what can caring adults do?

DO NOT PROVIDE BOOZE TO TEENS, on prom night or any other time. If I insult you with that suggestion, congratulations! You are not among the 33% of parents who voluntarily provide alcohol to adolescents, nor among the 24% who drink with their teens (Journal of The American Medical Association, 4/05).

Get in the faces of those other prom night “pusher” parents and ask, “What in God’s name are you doing?” If parents of teens start speaking up about this insanity, many more of our kids would live to tell of how boring their prom was.

The disquieting fact is that those formally-dressed, adult-looking, teenaged bodies are usually being operated by impulsive, judgment-impaired, child brains which are not yet ready to safely navigate the threatening streets of prom night on their own. Of course when told this, kids will sigh, roll their eyes, and slam doors because their prom nights are “being ruined.”

But wise adults know that caring about teenagers means caring enough to be hated at times. If Brittany had been lucky enough to “hate” her parents on prom night, she might not have had to face hating herself…for the rest of her life.

Be well, and be strong!