“CHILL OUT, GUYS!” 'Brendan' yelled at his parents.

They had all come to my office after it became known that this 14-year-old was using marijuana. “IT’S JUST A LITTLE WEED! IT’S NOT LIKE I’M DOING DRUGS,” he pleaded, “I’M NOT DRINKING THE WATER IN FLINT!”  He explained that “drinking the water in Flint” is slang for doing dangerous drugs, as in consuming the lead-poisoned water in Flint, Michigan. Mom was 110% opposed to the pot. But Dad turned to me and said, “You know, it is confusing. They’re about to legalize weed everywhere, so can it really be that bad? I mean, I smoked a little back in the day and I do OK.”  Brendan grinned at me. He thought he just won. I worried he had just lost.

It is confusing. With weekly sound bites about pot’s medical benefits, legalization imminent or existing in many states, decriminalization happening about everywhere and cute cartoon pot ads in publications, can weed really be bad? For teens, it clearly is. The “powers that be” have pretty much decided weed is OK for adults without having bothered to first read the science which documents very scary effects, especially for teen users. Since adolescents have interpreted these adult actions as saying pot is fine, the mythology of marijuana is taking teen lives every day. Some die quick, as in graduating to more lethal drugs. Others slowly bleed out over decades of having their souls stolen one small piece at a time.

So what does the latest science say?

So what to do?

Focus on the fight you can win, namely letting your kids know before their first use that your loving and non-negotiable expectation is that they will not use ANY drugs before age 21 (yes, alcohol is a dangerous teen drug as well). A parental expectation is not a police state. Rather it is a lovingly expressed, firmly held, zero-tolerance position that a parent will do everything possible to prevent drug use by their children. While no parental strategy precludes all experimentation, that “iron-fist, velvet glove” tactic with teens is an effective limiter of drug use, producing young adults who are far less prone to heavy use and addiction.

And if your kid offers Brendan’s argument that weed use is “not drinking the water in Flint,” feel free to share the amazing irony of that statement: aside from addiction, the effects of teen marijuana use are essentially the same as lead poisoning.

Yo’ Brendan! Want ice with that?

SERVE SOME WATER FROM FLINT.... 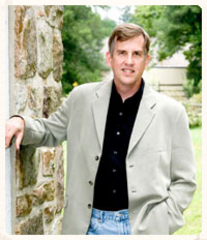